1880 – HUMBLE BEGINNINGS
The history of the Ogema Baptist Church began when the First Swedish Baptist Church of Ogema was humbly founded on July 12, 1880 with 17 Swedish immigrants as charter members. The charter members held hands and stood together in a circle as a demonstration of their unity and commitment. The first church building was finished a year later and was built with hand-hewn timbers by a group of farmers and loggers. The church was located on the North end of Front St in Ogema, next to the Victorian house, which still stands today. The lot was donated by the Wisconsin Central Railroad. The first church building was built with just a $200 loan from the American Baptist Home Mission Society of New York.

1900 – EARLY EXPANSION
In 1900, the church building was enlarged and the auditorium was turned to face south. Two balconies were added for extra seating, one in the front and one in the back. Through hard work and generous contributions by the congregation, the new church building was dedicated without debt.

The entry was tiny and for the summer months, there was a bucket of cold water with a dipper for those who had to walk a long way on the railroad tracks or narrow trail through the woods. There were no cars at this time.
In the winter, firing the huge furnace on Sunday morning was no easy task. First, the ashes had to be shoveled out in the basement, and then the fire was started, burning 4 foot long lengths of wood. As the furnace got going, the church filled with smoke so all the windows and doors had to be opened. This job was first done by Frank Gustafson, who had to walk ½ mile early Sunday morning to warmup the church building.

1937 – REMODEL FOR CHOIR
In 1937, the walls were paneled with Masonite and the front balcony was removed. This made space for a choir.

1945 – SUNDAY SCHOOL BUILDING
In 1945, the church started a building fund for new Sunday School rooms. With existing building codes, a separate 30 x 40 building was constructed just east of the church. It had 6 classrooms, a kitchen and a basement assembly room. Built by hired carpenters and donated labor, it cost roughly $8,000. This building was completed by 1950 and still stands today. 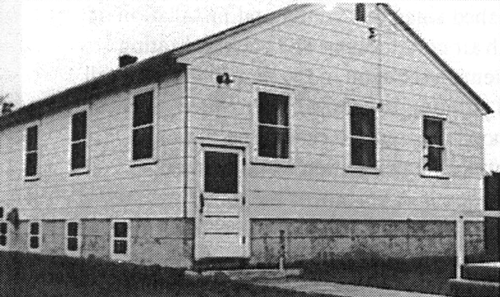 1959 – STEP OF FAITH
In May 12, 1959 the church took a step of faith and voted to purchase the lots where we are currently located. The groundbreaking took place in 1963.

2005 – MAJOR ADDITION
On April 3, 2005, the church membership voted to begin construction on a major addition. The vote itself was an answer to prayer. One hundred voting members were needed in order for the vote to take place and 75 of those had to be “yes”. 98 out of 105 members voted yes to proceed with the construction and on April 17, 2005, a groundbreaking ceremony was held for the 11,000 square foot expansion at an estimated cost of $600,000 and most of the labor done by the church. The expansion would include a large foyer, a large multipurpose room, an elevator, a drive through canopy and a new kitchen. 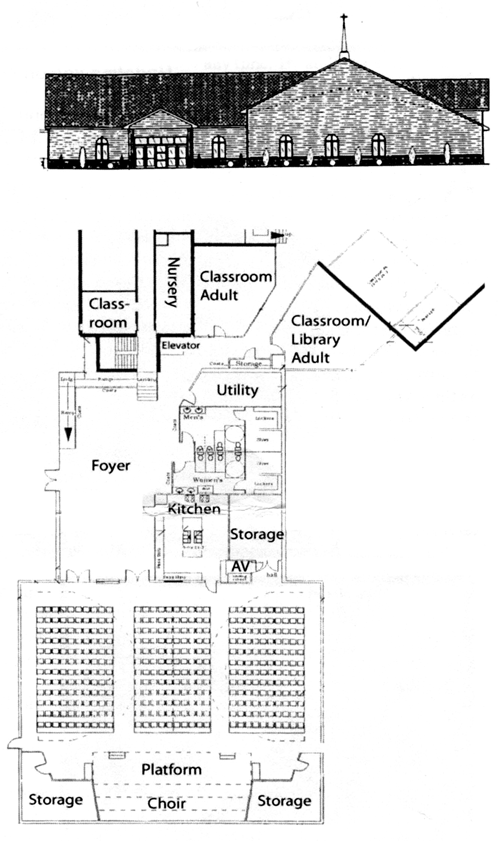 With the almost unanimous vote being one answer to prayer, another answer to prayer came with meeting the $150,000 goal to begin construction. One week prior to the groundbreaking, the church had raised $149,472. On the day of the ground breaking, another $4,705 came in to push the building fund total to $154,177. 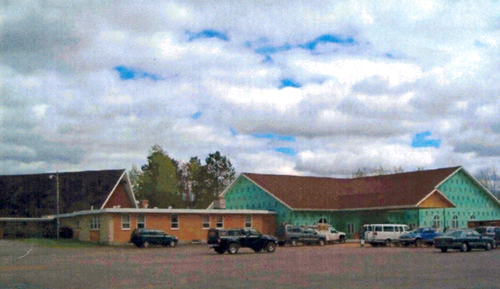 2017 – 137 YEARS OF DEDICATION
Throughout the history of the church, men, women and children have worked together, sacrificed and have given of their time, talents and tithes. It is only through the grace of God that the church continues to be a light in a world filled with darkness. We look forward to what God has in store for our church if we continue to be “a circle of believers with Christ at the center”.